Niclas Forsell (Design/Code), Filip Karlsson (Code), John Holmvall (Art) and Joakim Kanon (Music) had circled the sun quite a while before they decided to make Amazing Discoveries in Outer Space. Previous titles include…

The team is separated by the epic vastness of the Swedish country, forced to communicate via electric signals only. But they are fiercely determined to pioneer the 2DSSPREEUHGDWMSG-genre* and create the best possible game for you, dear gamer.

We are the very definition of independent: We dreamed up a game concept, created our own game engine and funded the development by ourselves. Hope you enjoy the end result! 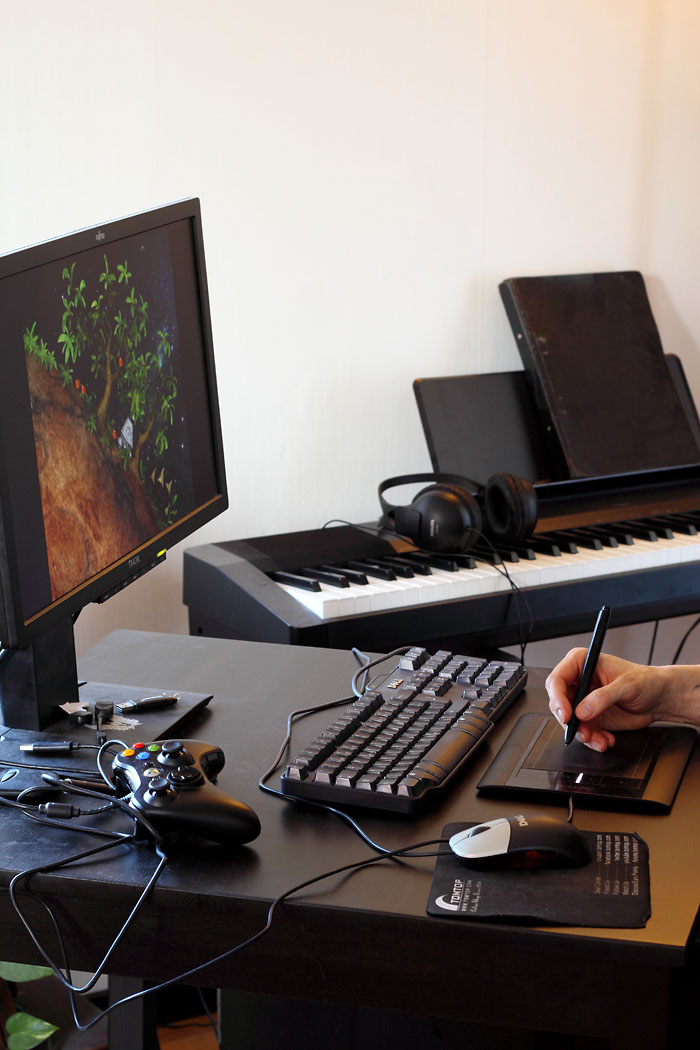