How about taking a trip through outer space in a rusty tin can? The whole family can join!

We at Cosmic Picnic (with a history with Battlefield/Mirror’s Edge/Need for Speed) have worked hard all summer to wrap up ADIOS Amigos. It’s out on September 12 for Xbox One and Steam.

So what is ADIOS Amigos

“We sat down and played for a bit and it really transformed what is otherwise something of a slow puzzle platform experience into a much more dynamic and chaotic experience where you’ll often need to save a friend who’s drifting in the dark expanse of space.” – Bengt Lemne, Game Reactor 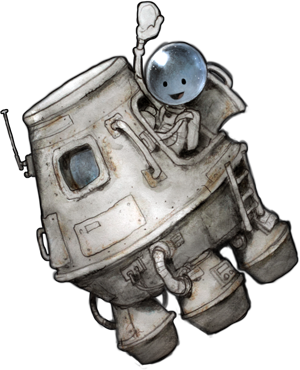 Cosmic Picninc was formed in 2014 and consists of two former EA-veterans (DICE/Ghost) (Niclas Forsell and Filip Karlsson), one comic-book artist (John Holmvall) and one musician (Joakim Kanon). We make games for carbon-based humanoids that enjoy exploring other worlds.

In ADIOS Amigos you play as 1-4 small alien space-traveler(s). Your space ships navigation computer (ZING) has lost track of where you are and now YOU and your friends have to help them find their way home.

To get home you will have to traverse a number of solar systems without your spaceship running out of fuel. To progress you need to explore. Every new discovery will award you star-points that ZING needs to plot a jump to the next solar system.

Secrets and riddles are scattered around the galaxy so bold explorers will be rewarded.
The key to progressing is to be smart when navigating each solar system. Keep a close eye on your trajectory and take advantage of gravity to avoid burning too much fuel with your thrusters.

A game that the whole family can enjoy together

We encourage playing ADIOS Amigos in co-op together with children or non-gamers. It is a lot of fun! Although the game is hard, the co-op experience is designed let each player participate only as much as they are comfortable with. All complicated or dangerous maneuvers can be performed by the player that feels most comfortable. If a player is really young or not used to handling game-controllers you can activate “Rookie”-mode for that player, which simplifies the control-scheme and limits their ability to accidentally end up in dangerous situations.